Pantami: With NIN, Identity Of Any Nigerian On The Internet Will Be Known

Yahaya Bello: Governors Are Not Afraid Of Direct Primary — But There Should Be Options

Paul Pogba Might Never Play For Man. United Again With The Club Not Ready To Renew His Deal

VP Inaugurates Zulum, Other Governors In Committee For Blue Economy

Communique Issued By The PDP Governors’ Forum At The End Of Their Meeting In Port Harcourt, Rivers state

2023 And The Presidential Aspirants: Time To Speak Out

The Minister of Interior, Rauf Aregbesola, has revealed that of the 4860 recorded prisoners who have escaped from various custodial centres nationwide since 2020 to date, 954 have been recaptured; leaving 3,906 on the run.

He also disclosed that his ministry, as well as the National Identity Management Commission, has adequate data on all inmates in the country, adding that escaped inmates could run but not hide for long. 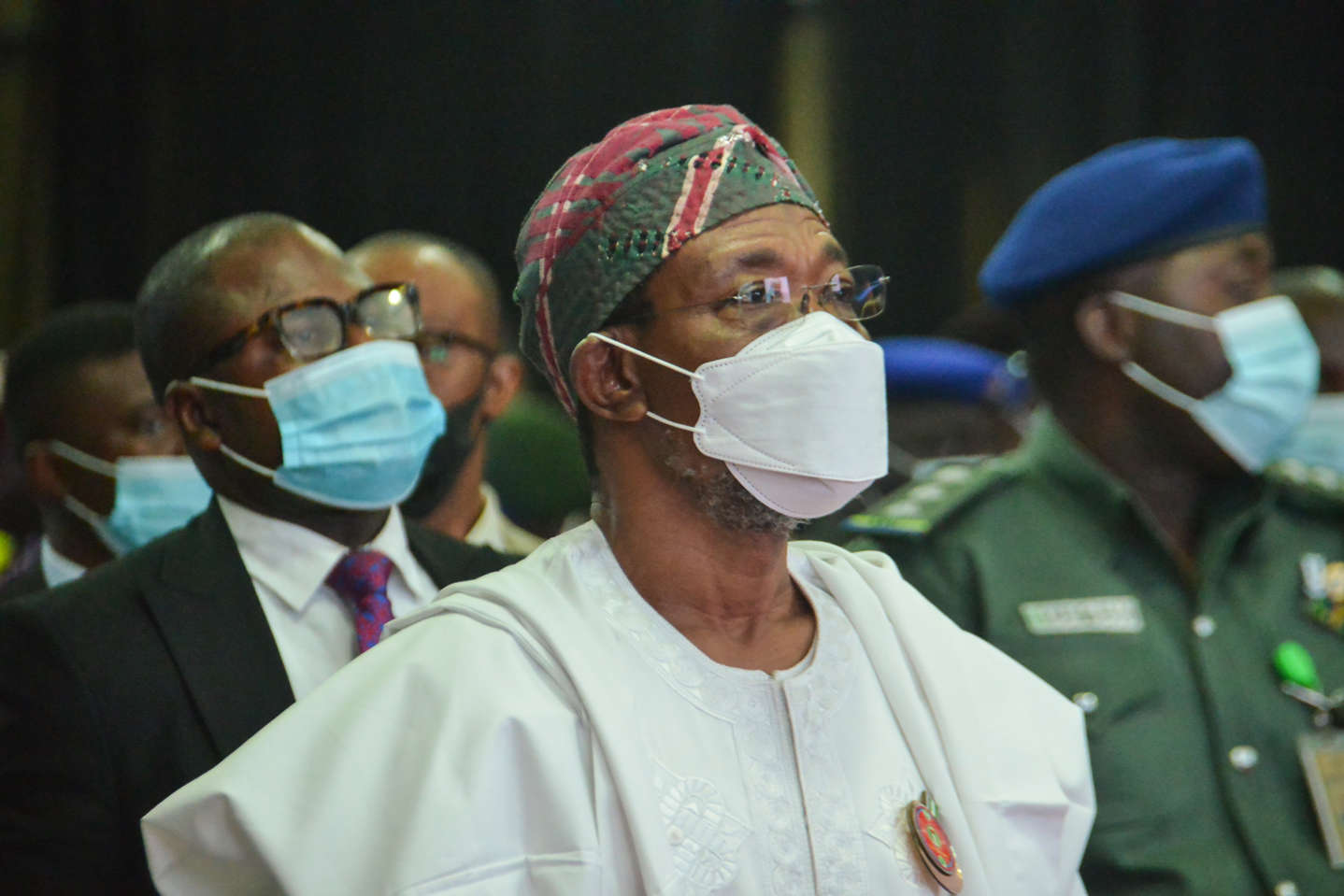 © Olukayode Jaiyeola/NurPhoto FILE – The Minister of interior, Rauf Aregbesola looks on during a Stakeholders Engagement on Internal Security and Conflict Resolution across the country held in Lagos State, with the purpose to strengthening peace and security in the aftermath of the #ENDSARS destruction in various part of the country, November 24, 2020. (Photo by Olukayode Jaiyeola/NurPhoto via Getty Images)Aregbesola said these on Thursday during a media briefing organised by the Presidential Media Team at the Presidential Villa, Abuja.

According to him, the biometrics of all custodial inmates in the country have been taken and will enable the tracking of escapees.

He said, “This is the advantage of the state. How long can they continue to run from the state? The state is a patient vulture. You can run but you cannot hide. We have their biometrics. Whenever and wherever they appear to transact any business, their cover will be blown.

“I will also like to inform Nigerians that we have captured the biometric information of all inmates in the facilities of Nigeria Correctional Service working in partnership with the Nigerian Identity Management Commission.

“Therefore, we have the capacity and are tracking all escapees from our facilities. In addition, we are working with and have shared the details of escapees with INTERPOL, to check the risks of cross border movements.”

Aregbesola said 465 inmates were running various degree programmes across the country, adding that 85 of these were running postgraduate programmes including four who were studying for their doctoral degrees.

He said 560 inmates had been enrolled for WAEC/NECO examinations while 2,300 were enrolled for adult literacy classes in several custodial centres.

The minister assured Nigerians that the challenge of obtaining passports will soon be over as he announced that a total of 2,742,207 passports have been issued by the Nigeria Immigration Service in the last two years.

His words, “It is important to inform you that we have witnessed growing demand for the Nigerian passport both locally and by Nigerians in diaspora. A total of 2,742,207 passports of different categories were issued between 2019 to date.

“The year-on-year increasing growth rate is however putting a lot of pressure on the current processing structure and resources and further justifies the need for a reform in the passport application and processing system in line with the current reality.”

The minister announced that since the outbreak of COVID-19 in the country, not a single case has been recorded in the custodial centers.

He said that his ministry was aware of the challenges Nigerians face in processing passports, adding that efforts were being made to deal with the problem.

He stated, “I am pleased to inform Nigerians that the ministry has taken substantial measures to address the issue of shortages of the e-passport booklets.

“This year alone, the ministry approved a special deployment of over 600,000 passport booklets, the largest of its kind ever done, to cushion the effects of shortages being experienced.”

On measures taken to tackle corruption, the minister noted the recent sting operation carried out by the Acting Comptroller-General of the NIS, Isa Jere, at the Ikoyi Passport Office, saying that reforms such as a new appointment management system are being put in place to root out corruption.

Aregbesola also stated that 174,000 jobs had been created for Nigerians through the administration of Expatriate Quotas and Business Permits.

Quizzed on the ministry’s response to the collapsed multistoried building in Ikoyi, Aregbesola said the Federal Fire Service did not duck its responsibility but responded as early as possible for the rescue operations.

Op-ed: #AFDB-The #US Case against #Adesina